TL;DR – Been busy, story by me, ElevatioN (1st half) is ready and posted. 2nd part coming soon (TM). New art software working out. Updated limited for next few months. I love you.

Hay hay my lovely people – So before I begin I’m going to apologize once more. A late update both my fault time keeping wise and other who just can’t get enough Sius in RL.

It’s near complete madness how people are and have been pushing on my time the last two weeks and yet again this last week I feel stuff has gone on and gotten done, but damn this one has just disappeared around me and I had only a fraction of the time I’d hoped.

Update? – So let’s have a little chat and explain what’s going on.

– Story – I promised a story last time and made a start on it. It took more effort and has gone on longer than I had imagined. From what was going to be a hastily written; right into the action affair has changed to a much longer format with more detail, better pace and more effort. The story is called ElevatioN. I’m pleased with it, but need to get back to finishing it within the next week or soon.

I just need a little longer, but hope you’ll enjoy what I’ve started here all the same! I’ve posted the story here and will update the same post with more context as soon as it’s written and been checked some. Stay tuned for more. Hope you enjoy, was fun to do something different for a change, but more demanding on my time than I’d hoped…. 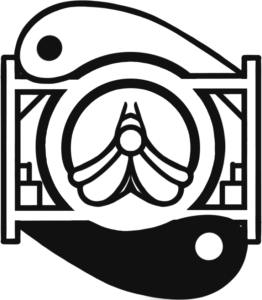 – Art work – So lately I’ve had an opportunity to update and upgrade my drawing software. It is always a ropey venture as it takes time to set it all up and last time the software kind of shit-the-bed as it where. But the older and more stable program has been… not performing too well lately honestly.

I have a beefy rig PC that I built myself and KNOW it could handle more and while it was good, I was sad by what it didn’t really improve much on after making head way into longer art projects with many many layers and effects put on.

Anyhow I’ve worked on and am working on a ‘quick’ (Note, not quick at all) piece to put the new one through the ringer and test it out. So far, so good! New setup is looking great so far now I’ve worked out the kinks.

I’ve added a graphic on the side, maybe a hint as to what the theme could be? ^^

So yes, content still being made, still be worked on, still not finished but I’ve not been sitting idle at all. Newer content and updated content will be nicer and slightly quicker also, big bonus there!

– Polls – Useful feedback so far. Will give them a little longer, but looking interesting so far, and thanks for voting!

– Other – I’ve also gotten other shit that I just can’t go into detail about which is making a mess of things time wise and I’ll be candid with you all that updates after this 2nd story part will be limited until this important thing is done.

Just know its REAL important and sadly ill timed and things are happening at the same time (which is horrid and I bloody hate it) so just bare with me…. So much good stuff ready and planned but the ticking clock is slowly making me nervous. Just know I’m doing as best I can for you all under the circumstances.

Well that’s what’s going on and where I stand. Oh, and for people who celebrate it, happy Easter Sunday while I’m here ^^ – Cheers all!, Sius