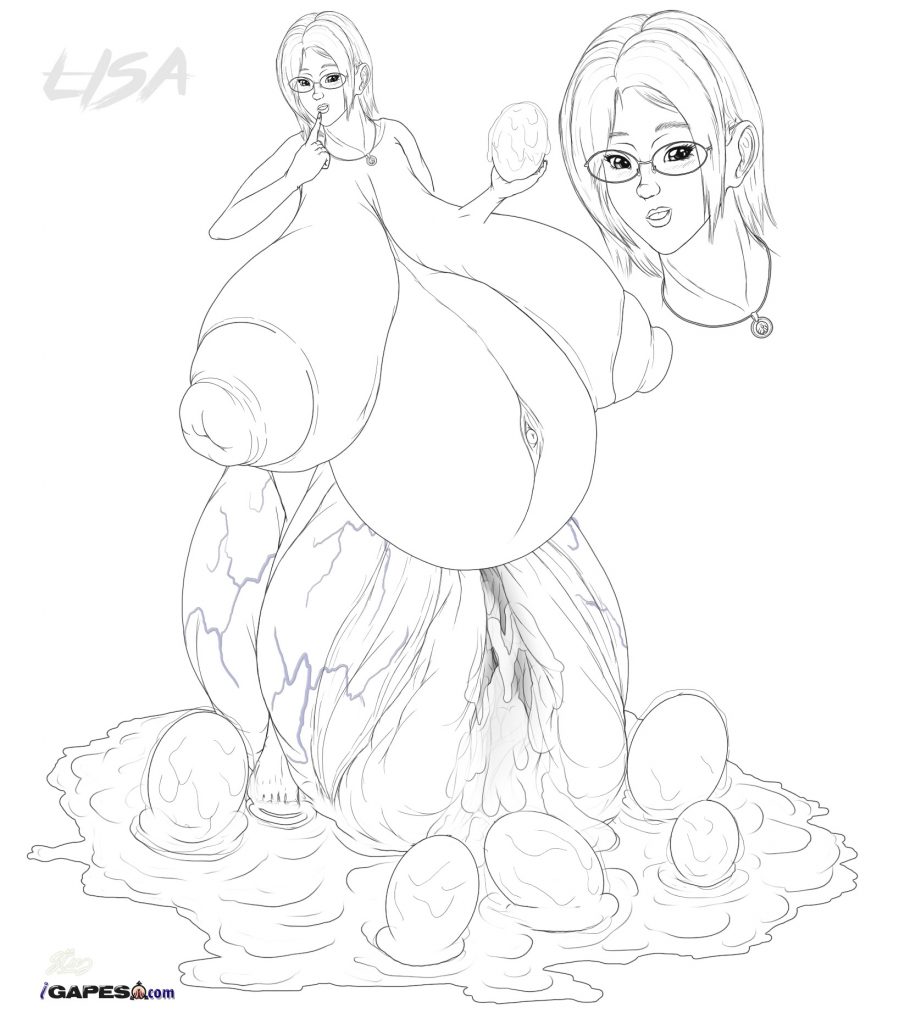 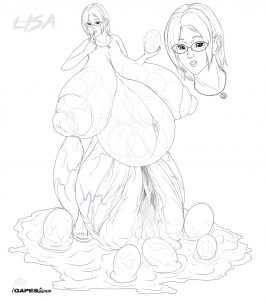 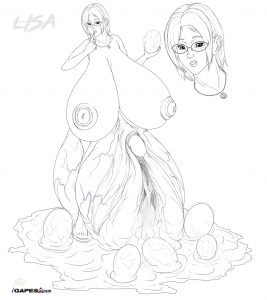 Lisa – So it came to be that I had a little time to make good for a very solid member of the iGAPES community over on the iGAPES discord channel. He’s been extremely active posting this Honey Select models and adapted iGAPE gapers and Futa model alike.

As a means to say a well and truly deserved thanks to him I was able to quickly bang this image together quickly on his birthday, even if time was a touch short and last minute (like I was sleeping with one eye open kind of thing) but I managed to get her out.

As you maybe able to tell, eggs and birthing is the theme going on with this one and I had the model (below) to work from to make it happen. While I didn’t quite have enough time to add all the bells and whistles to it (colour, background and more), CymicX himself was pleased with what was made, so that was all you can hope for. 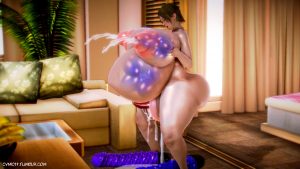 More – of CymicX’s work (like Lisa and much more) can be found as out discord or his website just >> HERE – https://cymic44.tumblr.com/ <<

Update – At the time of the posting its been a while since much work has been done, been released and such. Been a horrid case of scatter brain really going on ATM. Fans who have seen some of my current works have almost (very politely) sudo shouted at me to release it rather than hoard it.

They are right as always, but some is just not really to come out of the cooker just yet, so hopefully this will force my hand like I hope to get stuff up and out on here and released reactions…..  the dream right?

If that sounds like a dream you want more of, a thumb up moviates as always really hard. So thank you all for waiting and being patient and hopefully more soon enough! Enjoy – Sius