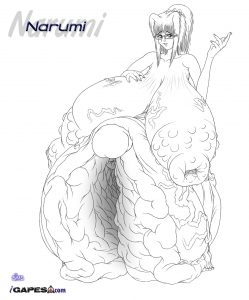 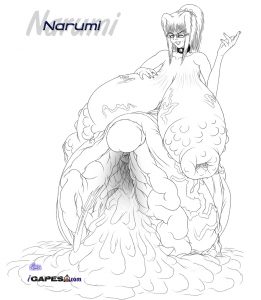 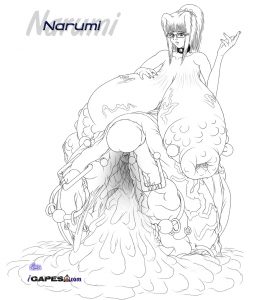 The final image of Narumi in the old backlog, but a fun one to go out on.

This one is called ‘Time of the month’ and was going to detail with a little caption how unlike female ‘star’ month or menstrual cycle period was different for gapers, which more a build up of lust and desire ticking in the background that often meant size, and list grew and self control was lost.

Still an idea I use now in truth and is almost a keystone design even used now.

But with the excess it’d prove a design that I’d use again in the future and if nothing else this image of Narumi still holds up well in concept still. Gone but not forgotten?