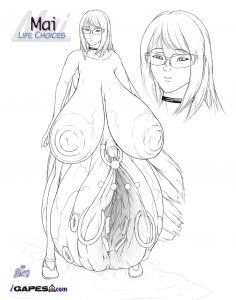 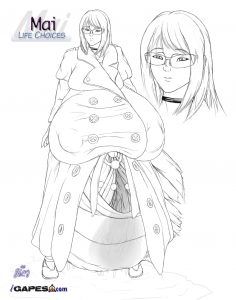 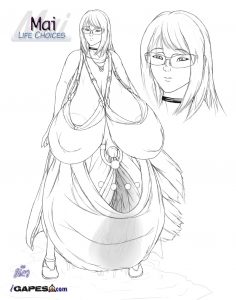 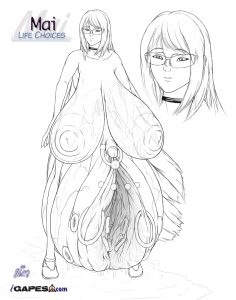 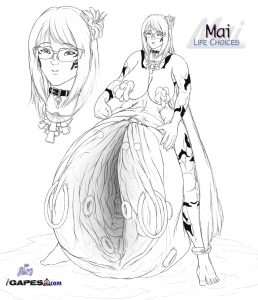 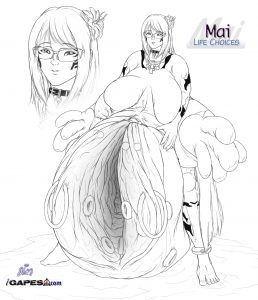 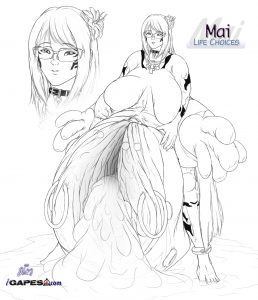 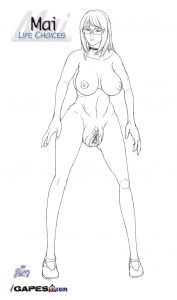 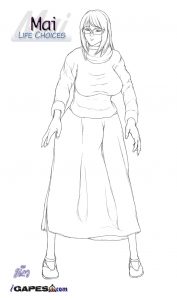 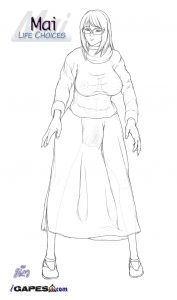 Okay, so hear me out – This one started off as working on what I like as a set called the ‘Sad cuties with big problems’ set, which basically has a sweet innocent looking girl with the very sexualised body. Okay so far? Okay, cool.

Then as I work on it, I get the idea, maybe spice it up with making her a gapezonian or gapzonian (one day I’ll decide on just one, just not today!) so that’s the idea of starting off as a humble character and being them this hulking she beast of sexual lust and nature and engorged and basic amazon warrior woman thing, cept with the monster cunt.

THEN I was thinking I’d make the normal version because I was quite enjoying her design…. and then I ended up liking that kinda more…. but the gapazonian thing is more interesting and….

Long story short I was going to have a small caption story along with these, but I can’t pick… so… errrr… pick yourself?

Ether was going to be that she…

1) is Asian and her blood and genes reacted well with the indoctrination and growth into a gapzonian being from another land and so her pussy is huge and shes used as the human pocket  for moving stuff around in her tribe and also the human cow (nipple heart shaped multi nipple teats, because I could).

2) Was a gaper to begin with and something far bigger than most others, and her crashing into the jungle changed and transformed her further, and maybe have her return a year later with people in awe whats happened?

3) She was normal, add in a hospital trip from illness and she becomes changed and shes got the hots for you, but this one totally isn’t a hulking she woman monster, coz buff women just isn’t your thing, I no no. lol

Anyhow, as you can see, this is what happens when a mind races with possibilities too much to just stick to one thing. So plenty of versions for you to see and some with ghosting and stuff, so pick your fav and enjoy all the same…. just ignore that I had a story with this one me thinks for now?! ^^ – Sius