Hayo fine lovely peoples – So normally I’d not post anything incomplete, but I don’t know… happy with this doodle even if its before its time. Consider it a little something as thanks for your continued patience – as always your support and interest do really help out, so big props to you all!

So this one basically was meant to be a random set that where going to be very little mod / alt versions that I planned to CG colour them in prep for some other work I have in mind – keep my skills sharp for when it matters after much time negated.

Funny how one thing leads to another. Planned to make it a basic character that changed radically as it came together. Fun part of the whole creative process.

I originally was about to just be done with the cutie with glasses and call it a day when I found the old face of the amazon (originally just another face and lacking much detail) when I decided to add her in.

I wanted to have her actually be much taller, focus on monster legs (sort of a thing with examining exaggeration art hyper art oddly), and though stronger frame, was in fact the feet and legs that where the focus and meant to be heavily out of scale. Also meant to showcase scales and size Vs. head to body artists shown side by side.

That evolved into the amazon and then the story in my mind – Glasses goes missing after plane crash, found by tribe of Gapeazonians and is changed to be like them – between the legs. Same size cunt but on a much smaller body. Fun. Might evolve the story but… one thing at a time.

Anyhow – that’s a thing and I am tired. Hoping to colour it as mentioned, so… maybe something at some point… hopefully? Enjoy as always! well K, thanks! bye bye! – Sius

UPDATE ~ Going with the new WIP thing, though I wanted to do the 2nd character and maybe one day might, I at least CG’ed the 1st girl. Enjoy! 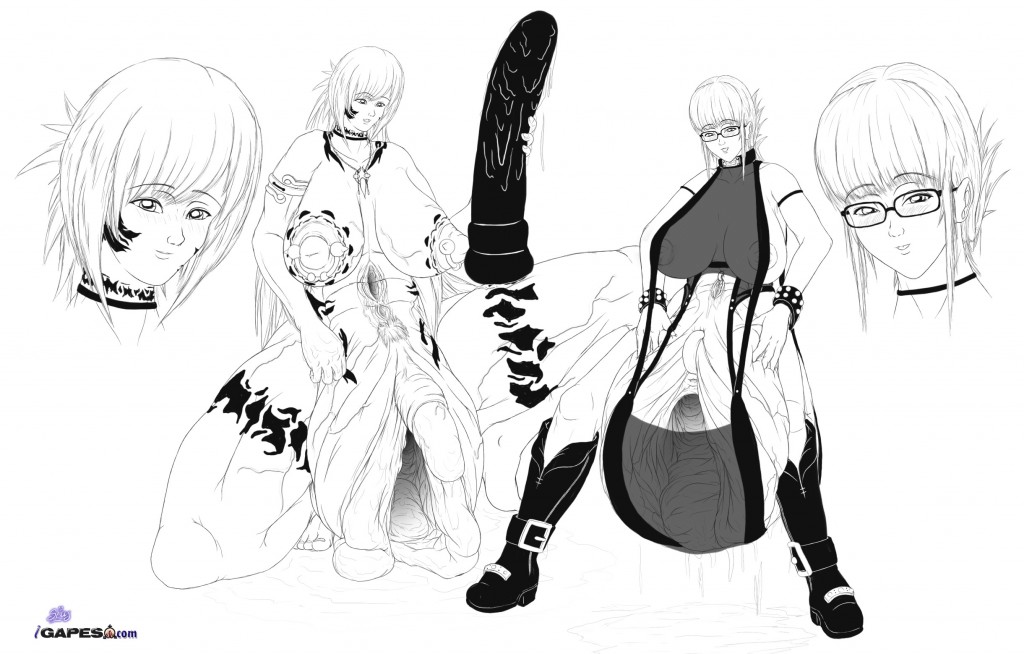 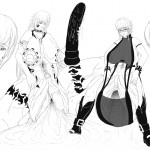 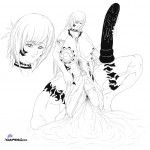 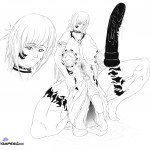 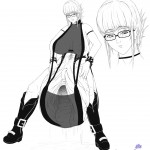 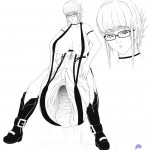 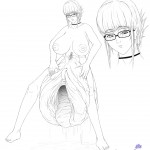 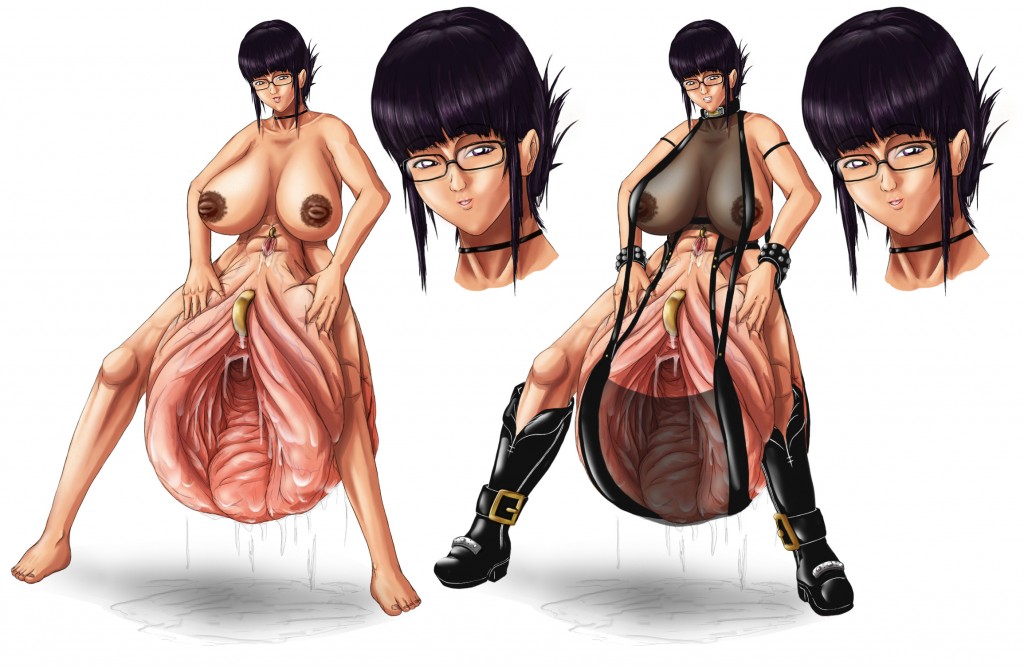