TL;DR – Been busy, but back again. Pleased with input on content and thanks for voting / letting me know, results below. Patreon will most likely be a thing. I’ll still be doing free art, but more is available with help and funding – Thanks ^^.

And Back – So since I last posted something 2 weeks ago, quite a lot of things have happened, mostly in RL / offline. Mostly some nice ones for me for sure, but a really REALLY sucky one in the middle. It’s personal and so I can’t go into too many details (I’m sure you understand) but generally its been an interesting time for me with highs and lows, but felt more alive than I have to a while trapped behind a PC all day. It’s been kinda nice in truth.

This has also meant because I’ve been away from the drawing tablet a lot over the last few weeks and its been refreshing to take a step outside my drawing zone and do something different or have to do other actives. It’s been nice to break away but also means I am kinda itching to get back. My first piece was a simple futanari image sadly (so not ideal for here, not that its complete truthfully, but it’d been a while since I did one) But new art ideally before too long ^^!

H.I.P.S. Image – I’m super pleased that last image I did has been well liked, I was pleased with it and it’s reminded me that I feel some of my strength is telling stories but also adding lore and context of a gaper inspired world into it beyond just having a bit of fun with the idea and pose. So thanks a big one for doing that thumbs up thing and letting me know, I’ll not be scared to try that again coming up ^_^

Poll Results – So while the results still come on in, I’m going to review how I take the current poll voting poll… voting poll….? Bit ups to all whom voted, and big thanks for that!

Question A – longer or shorter stories. Longer has won out over 2:1 on this. I’ll try and do this with my stories for sure, but interesting there is still demand for both in a way. Anyhow I have a ratio down now to consider, lovely.

Question B – Big push for Futanari being okay in the stories (and by extension my content) but a curious case of the ‘no males’ in a story, just gapers being higher by just a few extra votes vs. males and normal females middle vote. I may do a gaper only story, that maybe fun to see, but its super nice I can go down that road and people are happy with that!

Question C – This is the one I wanted to see the results of most from this poll for sure. So we have self destruction, personal stretching and pushing her body 1st, anything goes in 2nd and just a little behind that with surgery and other means. While there is no one ‘this answer’ its curious and telling. Most like the idea that this kind of body could be caused by her own hand and that she has the means to be this way through use and hard work.

I also take the ‘surgery’ or more real ‘extras’ and resistantly was given it are seen more maybe as a ‘crutch’ and not ‘earnt’ by being lowest (still not by massive amounts, but still) so maybe look a little more at the personal stretching vs the assistance angle. As for macguffins, this is where fun can be had, but also the least ‘raw’ in a way, magically created or come into effect, or at least having fun with it. All in all loved to see them all do well, again, not one right answer, just know what’s most desired ^^

Question D – From these answers I’ve found that we have a lot of weird people who love weird stuff and a few who are in denial, lol – jokes aside, Seems like going funky maybe the best way to keep people happy. More than anything it just gives me an open book and ability to throw stuff out their and see what sticks, and that’s very liberating as a creator. And if you voted non weird, there will be some ‘grounded’ stuff in there also, so don’t panic ^^

Question E – This more or less reflects peoples open mindedness like the last question, so that ability to go guns blazing and firing into crazy town if needs be maybe on the cards! Love it.

Question F -This last one had the least votes, which I take that most people don’t really care and its almost more points for ‘non interaction’. It interesting as I can see some demand for getting into the story and saying your piece is there, almost like a choose your own adventure like style, but most trust me to get on with it really. Most will be a complete thing from start to finish, but every so often I’ll try this out.

Big thanks for all the votes, going to use this data with some stories soon. Just wish I had one to show off today…. maybe next week I’ll try for one! 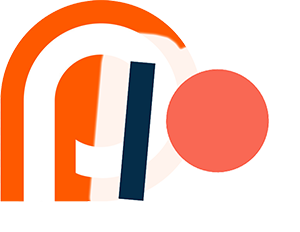 Patreon – So… the big one….  and quiet the opportunity and a controlled way to grow. A way for you to support me with just minor contributions / rewards and privledges for doing so and getting more content of this weird and wonderful fetish.

It’s likely to start soon, last minute sort out over the next month.

I’m sure I don’t need to explain what Patreon is as a website and a service as everybody under the sun has gotten one. Supporting me though this will give me financial support, but also justification to carry one making content like this (gaper, hyper vagina, fem stretching) and from Released Reactions (Futanari, weird wonderful, sexually warped).

When content creators say ‘It’ll enable me to do more’ or ‘You’ll see more content faster’ etc., its code for, your paying my way to be able to do this Vs. another job and I can spend more time doing it without worrying about loss of time, effort and as a result money. The more support you see, the more people depend upon you and the more you should deliver upon. I’m more likely to go the extra mile knowing I need to keep people happy and make it as great as I can.

Any funds gained will 1) help me buy / maintain PC / digital artwork hardware and software 2) Host the websites, so the content can continue to be delivered to you, patreon user or not 3) keep me off the streets and being destitute.

So the whole thing would keep me honest by making and forcing my time to deliver content, help with funds to keep the lights on, enable me to justify working longer and better on my craft,  pay for server costs and hosting plus, generally its more fun content of lewd sexual themes that are bespoke, hard to come by and would suffer without creation… and nobody wants that to happen!

So as a result I’ll be looking to set one up and hope to deliver content when I’m ready. So please know I’ve gotten QUITE a backlog of content over the last few months / year or so that would be ideal for Patreon. I’ve known it’s coming and I sure as hell can’t wait to release this stuff…. It’s some good shit! (so a few tester have told me) ^^

Q) What content would you look to release?
A) Gaping AND Futanari artworks. All done at my extremely neat and tidy or high standards

Q) Why both futa and gaper content
A) Because a mix keeps things fresh for me, but as well; futa is more popular (more demand, but also catered for much much more by the internet) and gapers are a passion for me and hopefully you, but is desired less.

I will try and split the content so all parties are happy. Most people who like my work like both sides of the coin anyhow, which is fab and great!

Q) What goals / levels are you setting?
A) I’ve gotten ideas for sure, but can’t give any pricing until the paper work is in line and I’ve dotted the i’s and crosses the t’s.

Q) I can’t / don’t want to support your work on Patreon.
A) Totally understand, thanks for your time and interest all the same ^_^. I’ll try and compremise and release the content where I can at a later date, but it will filtered as a result. I still WILL  deliver content on this site, do not panic it will not all be behind a pay wall, trust me.

Q) More details on the content released?
A) I’ve gotten a bunch of art to do, but may be willing to do more transformations / long form works as well as stories about the characters, lore and build up about the iG / RR world/s as well as photomanipulations of gapers and futa content. Maybe  more.

Q) Higher Teir support benefits?
A) Beyond helping out beyond my humble words of thanks can begin to describe I’m considering offering Tuition, videos recording the whole process from start to finish, personal chat time on discord.

Doing things like random free sketch and doodle for higher patreons is seen as a prizes and is a no no on Patreon, so see if I can do anything or not before I look at that. There maybe something else I can do instead. All subject to change, just outlined ideas for now

Q) I’ve gotten a character I’d love to see, can I request it as a Patreon?
A) That’s a Commission and doesn’t need to be Patreon supported, however Patreons may get a discount for continued support over months joined up ^^

So – That’s more or less it for now. It honestly maybe a month before its up and THEN a month or so before the real content comes out and we can go from there, so more news, hopefully soon.

If there is anything you WOULD like to see as a goal, or something in mind for this Patreon then please let me know through a message over here.

Time to dive back into making some funky kinky stuff for sure, watch this space for hopefully something fun and exciting soon! Again, thanks for reading and your support as always. Cheers, Sius